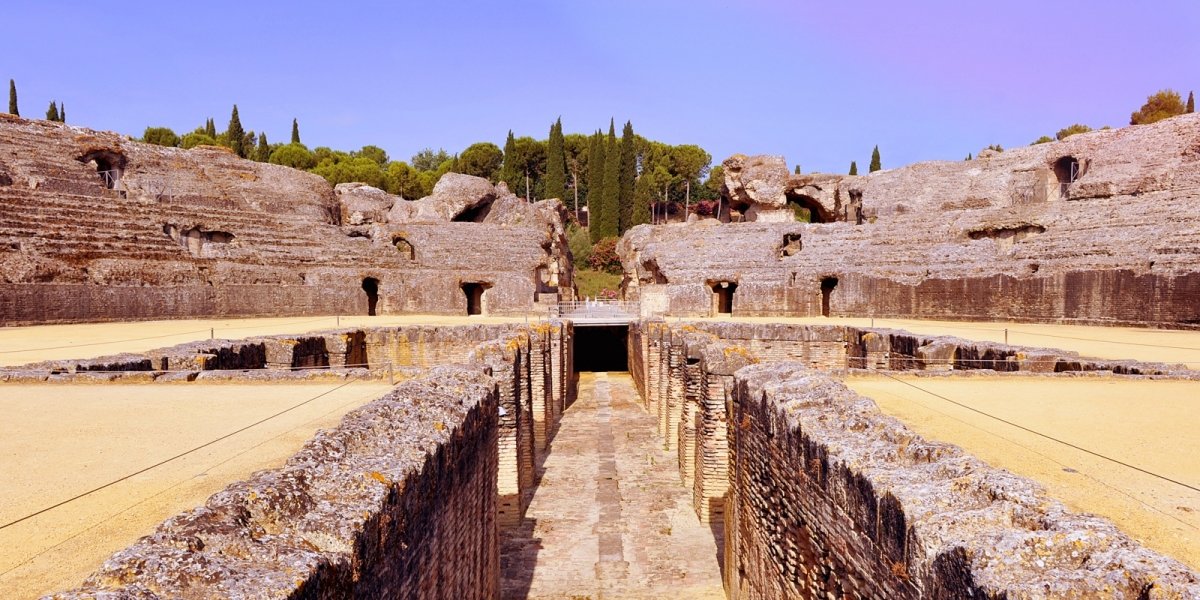 Italica, located in the village of Santiponce, is one of the most emblemetic archaeological sites in the Province and was founded by Scipio Africanus after the second Punic War in 206 B.C. It was from here that Romanization of the whole peninsula began. This first settlement on Iberian soil is also known as the birth-place of the Roman Emperor Trajan and the patria of the Emperor Hadrian; thanks to them Itálica became historically important. While the Trajan city still lies beneath the village of Santiponce, the whole area of the nova urbs has been excavated.

Hadrian provided Italica with numerous public buildings, including the vast amphitheater. It was one of the largest in the Roman empire with a capacity of 25,000 spectators. Visiting the site today, means walking on the original Roman floor of the intersecting streets, where large colonnaded houses were situated in-between. Their luxurious decoration featuring opulent floor-mosaics which tell us stories about the Minotaur, part bull, part man, dwelt at the center of a labyrint; about Neptun´s fantastic underwater world or showing us 32 different birds depicted on one of the mosaics or simply explaining us that the 7 days of a week derived from the names of the classical planets.

Most of what is known of the site comes from the systematic excavations started at the beginning of the 20th century. Since then, all findings thereafter went to the Archaeological Museum in Seville.

Being next to Seville you have the option to use a cab instead of a rental car.
This excursion itself has a length of approximately 3 hours. You can always add a lunch break at one of the local restaurants on top for your convenience.
Get a quote for this tour